As of the 2020-21 Competition Season, ALL IDA Coaches are REQUIRED to complete and provide proof of US Equestrian Safe Sport Training.


The U.S. Center for SafeSport (Center) is a major partner in our efforts to combat abuse. Their jurisdiction is exclusive as it relates to allegations of sexual misconduct and it retains discretionary jurisdiction over non-sexual misconduct allegations, i.e. bullying, harassment, physical and emotional misconduct. Created in March of 2017, the Center is an independent organization which was authorized by Congress on February 14, 2018, through S. 534 – Protecting Young Victims from Sexual Abuse and Safe Sport Authorization Act of 2017. The bill amended the Ted Stevens Olympic and Amateur Sports Act of 1978 by designating the Center to serve as the independent national safe sport organization, with the responsibility for developing policies and procedures to prevent the emotional, physical, and sexual abuse of amateur athletes.

The Center receives reports, conducts investigations, determines sanctions, and informs National Governing Bodies for sport, such as US Equestrian, of sanctions against any persons for violations of the Center’s Safe Sport Code. The Center employs specially trained personnel to conduct its work. This partnership enables US Equestrian to bring you consistent and reliable reporting processes, resources and support. 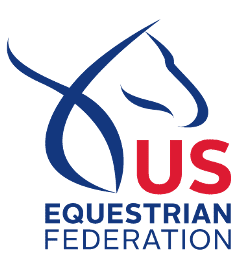 Our updated Membership Site is now available! You can find it at the link below!